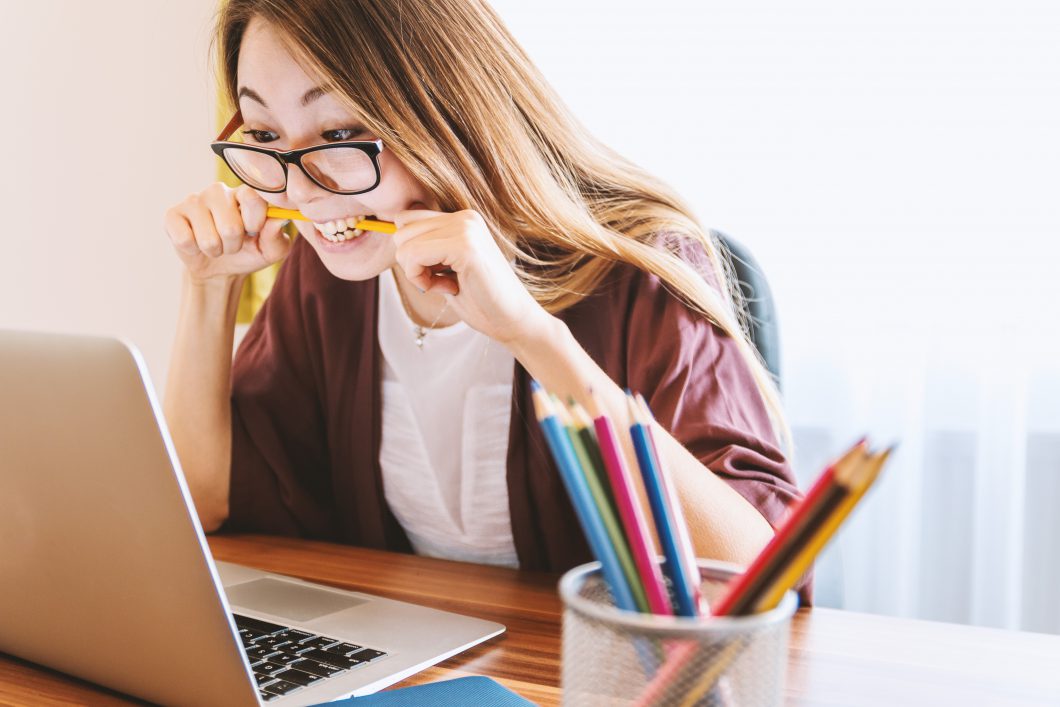 We’re seen as mean, slimy businesspeople who bombard people with a bunch of stuff they don’t want to see.

But – perhaps shockingly – I’m not here to deny this. Many marketers actually do fit and perpetuate this stereotype, and even I’m not immune to being annoyed by them!

What annoys me the most, though, isn’t the 30-second unskippable ads or the pop-ups that require your email address to continue reading the article.

It’s that this negative perception of marketing convinces small business owners (like yourself) to avoid going all out on advertising – even if it’s the huge missing piece in your business!

I’ve heard every excuse in the book: “I don’t want to be that person.” “Facebook ads never work for me, anyway.” “I’d rather spend my money on fulfillment – that’s the part of my business that I like!”

If you’re marketing the right way, NONE of those excuses hold up. Not even close.

Because here’s the truth about marketers who generate thousands of leads every month, continuously meet their revenue goals, and absolutely slaughter the Facebook ad game…

It’s incredibly difficult to find any kind of success from from free lead magnets. Truth be told, they’re a very outdated marketing method that relied on much lower Facebook ad rates to succeed.

But I know most people still use them (usually because they don’t know what else to do), so I’m going to give you the benefit of the doubt here.

Let’s say you’re having EXCEPTIONAL results from this method.

How could this possibly be a problem?!

These “leads” are just people who downloaded a free eBook. They are NOT people who are necessarily interested in your end product – particularly if you offer high-ticket services. (I mean, I’d download a free PDF of recipes, but I’m not hiring a professional chef any time soon.) And if we’re being honest, this will be the case for MOST of your hundreds and thousands of “leads.”

So your email list will be huge. You might even have to upgrade your plan to handle all the traffic.

But if you’ve ever tried to pay your mortgage with your huge email list, you’ve discovered that size (in this specific sense) really doesn’t matter… because 99% of your emails are going to people who don’t want to see them.

In some countries (such as America)… this is known as BUGGING PEOPLE!

And YOU make no money.

And suddenly, you’re worse off than the bird that just committed suicide outside my window. (That really just happened.)

Yes, I am really about to throw everything you know about target audiences out the window.

Nearly everyone in the marketing world tells you to target your audience based on gender, age, income, etc… but there some gaping problems with this method.

First of all, if we’re being honest, probably 80% of the time your target audience will end up being women aged 40-60. Doesn’t matter if it’s 1950 or 2020 – according to stats, they’re the ones buying the most stuff in a given household.

That means a HUGE majority of ads are all targeting this same broad group of people. Less than ideal.

After some Googling, you’d probably determine that your target audience is women aged 35-54 who have an annual household income of at least $75K.

Yet if you target this group on Facebook, you’ll have very disappointing results.

Why? Because you’re casting your net into a VERY large sea. Sure, your ideal clients are in there somewhere, but they’re buried ridiculously deep beneath the (easily more than 50% of) women who aren’t interested in yoga at all – let alone willing to pay $10K for your coaching package.

So instead of bugging thousands upon thousands of uninterested women in hopes of hitting a few interested people, base your Facebook audience on people who buy similar products instead.

Now, you don’t want to get TOO similar. If they already bought a yoga coaching package from your archenemy, Barbara Betterthanyou, they probably won’t want a second one.

But if they’ve purchased high-end yoga mats and enough Lululemon to drain their firstborn’s college account, they’d probably fork out for a coaching package, too – and they’d be happy to do it.

So, Moral Of The Story…

If your marketing strategy involves harassing people who have no interest in your product, you took a wrong turn somewhere (and you should probably back it up ASAP before a million people mark you as spam and completely obliterate your campaign).

What your marketing strategy should actually do is convince very interested people to click the “purchase” button.

And now that you’ve read this article, you’re not allowed to be scared off by the negative perception of marketers anymore, ‘cause if you’re doing things right (and actually generating sales), you won’t bug anyone at all.